Touching the Enemy (via My Remix) 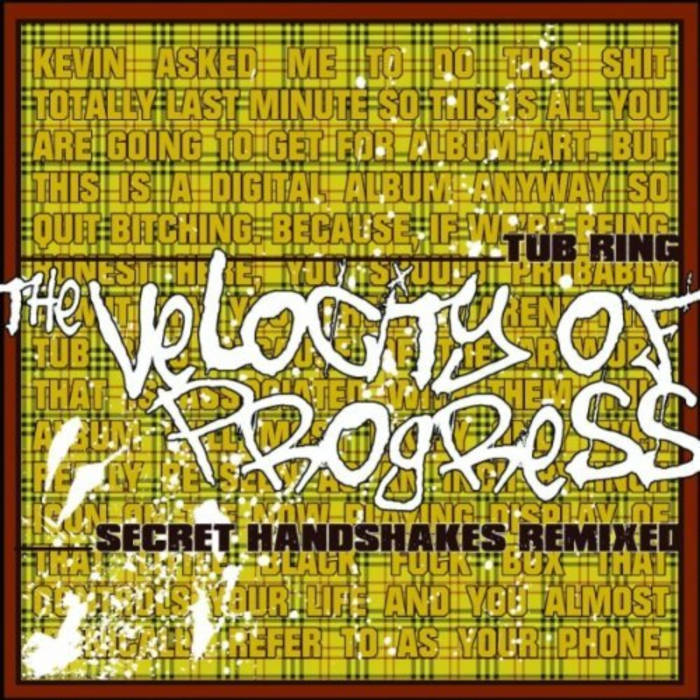 This remix of mine was featured on Tub Ring's remix album "Velocity of Progress", which was released back in February and later as an Amazon CD-R hard copy. This album contains remixes of tracks from their latest official release, "Secret Handshakes", and features remixes by artists such as Super 8-Bit Brothers, Bit Mummy, and Daiquiri.

Additionally, the band passed their stems to their fans and put the best fan mixes on the album as well (this track being one of them).